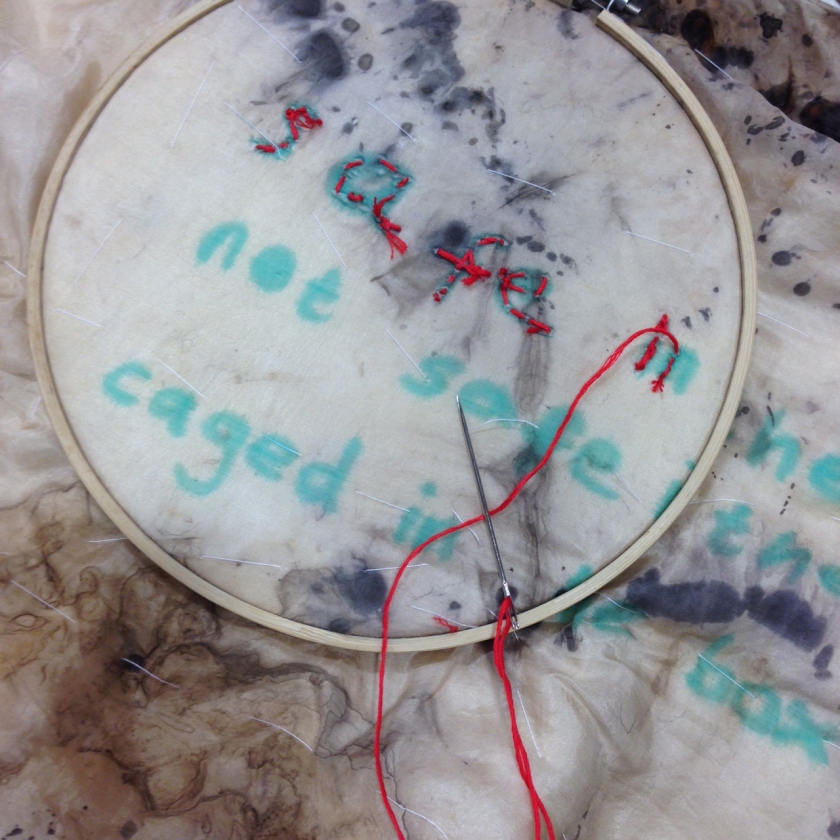 Rage that’s used in order to control
relations, intimate partners
to achieve a golden dream a chiselled cold
fear that stings fear
where one isn’t aware
it looks like metal but it’s not.
Gavin
Phil writes:
The Booth Centre: there was also anxiety in the air this morning, it hit like a shock wave as I came through the door. Someone was trying high level intimidation, with raised fists, loud shouted outbursts, staring competitions. He was dressed in black, he paced the room, moving erratically and occasionally launching into another confrontation, while the staff tried to defuse his anger. Because people in the Centre are very attuned to threat, their radar was on  alert. They looked over each other’s shoulders while talking, there was an unsettled feel, objects kept being knocked off tables, people bumped into one another. It was as if an earthquake had dropped in for a cuppa.
As is the often the way there, I spoke to some people I have known for years and some I’d only met this morning. Every conversation was fragile, lightly touched by the presence of fear, yelling its head off in the corner. The first person I talked with was fighting back panic, he said. The next was joking with me, but kept checking the threat potential. The last had been awake four days straight, out on the streets. He’d not been eating, because of grief. He looked shrunken, like a an inhabitant of an institution, with over-large, over-bright eyes. 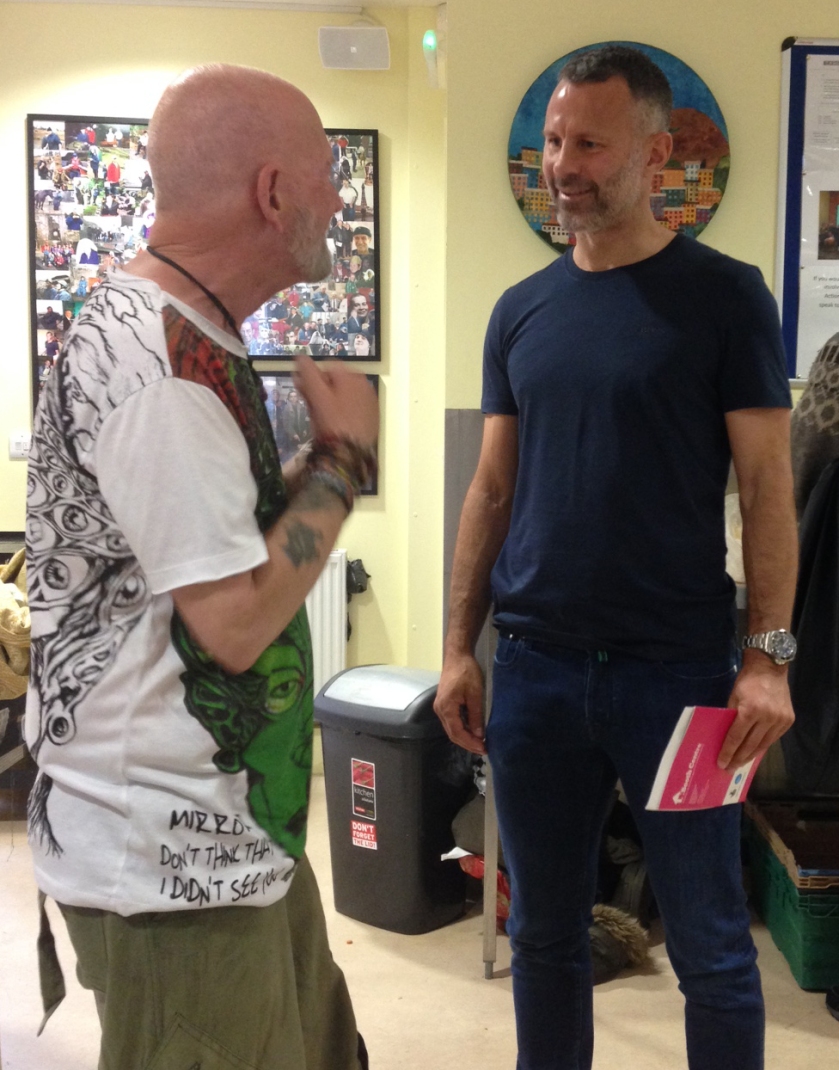 Footballer Ryan Giggs on visit to the Booth Centre, Manchester.

But walking alongside fear, and just as powerful, was the feeling of being thoroughly, immediately alive, and the intensity of each shared moment. A day at The Booth Centre is like this, you can squeeze several hours-worth of living into an instant. There’s a surreal-ness to the fast-forward rush of it all. It came as absolutely no surprise that the footballer Ryan Giggs suddenly turned up with a camera crew to meet folk, sign autographs, and add a further manic element. Suddenly beaming smiles and a celebrity frisson punctuated the atmosphere.
In the afternoon, making an oasis of stitching and poems, we read The idea of order at Key West by Wallace Stevens, a poem about reducing chaos. Its subtitle might be how to insure yourself against the effect of the world by finding safety in art. Or in other words, how to write your way out of fear. The writing was made sharper by the recollection of our morning demon, a malevolent drug dealer stalking his own mad shadows.
When I was fighting didn’t think that was dangerous
When a knuckle duster knocked out my tooth
Didn’t think that was dangerous
And when I was driving 130mph,
Didn’t think that was dangerous.
When I hold a knife, that’s the closest I come.
That’s closest:
“If I’m not careful with this
In my hand
It is dangerous.”
K
fish and chips I like to order
I don’t like the word chaos
it brings disorder
danger comes in all sorts
car, bus, tram
suicidal thoughts.
Peter Twigg