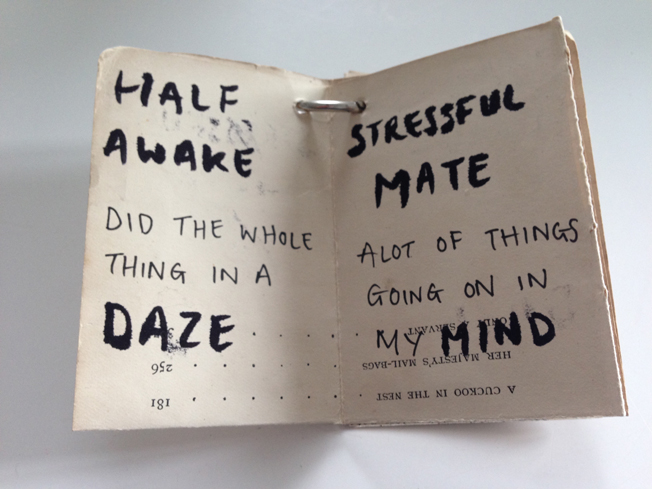 The first history of British homelessness. A collection of books handmade by homeless people, reflecting on their lives and how they connect with the wider, previously unwritten heritage of homelessness. The books describe lived experience in interviews, poetry, art.

You can view the full length documentary about The Homeless Library here.

I have been assaulted many times. A hundred times. One time I was in hospital afterwards, going under for an operation. The doctor asked me, “What will you think about, when you’re going under the anaesthetic?” I said, “I’ll think of gardening, and my nieces and nephew.”

We all need good things in life, otherwise there’s no point in living. This project is about making something good out of the bad stuff.   Project participant ‘E’.

Many homeless people live and die as “invisibles” who are not valued or acknowledged. This project seeks to redress that balance – and in doing so, help rebuild the self-image of profoundly excluded and damaged people.

Workshops took place in homeless resource centres in Greater Manchester. The Homeless Library was launched at the Houses of Parliament in May 2016, where they were welcomed by the Undersecretary of State Marcus Jones and Ann Coffey MP who listened to speeches by homeless participants. It made its public debut at The Southbank, London, accompanied by an online ebook. This exhibition was reviewed in The Lancet as a significant contribution to the welfare of homeless people.

“I was honoured to be in parliament yesterday to see first-hand the amazing artwork that has been produced for the homeless library. This feels like a really important moment – giving voice to a marginalised group and telling their hidden history in the heart of Westminster. We are proud to have supported it with National Lottery players’ money.”     Sara Hilton, Head of Heritage Lottery Fund North West 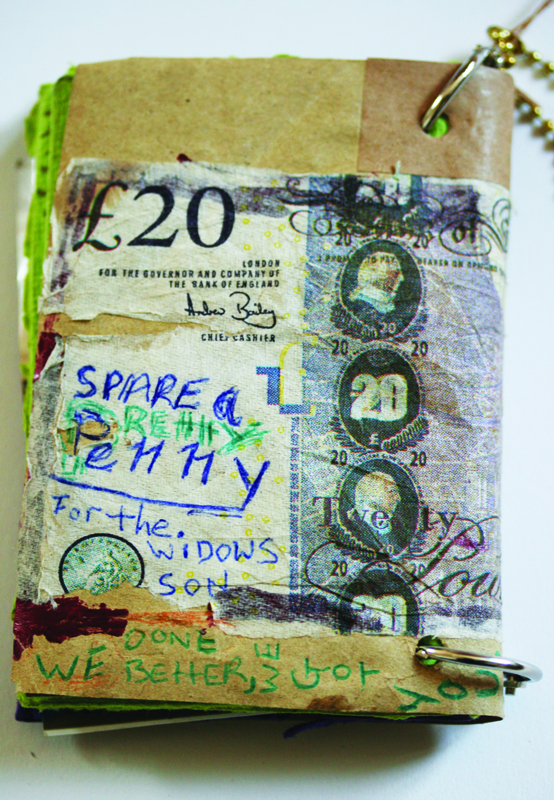 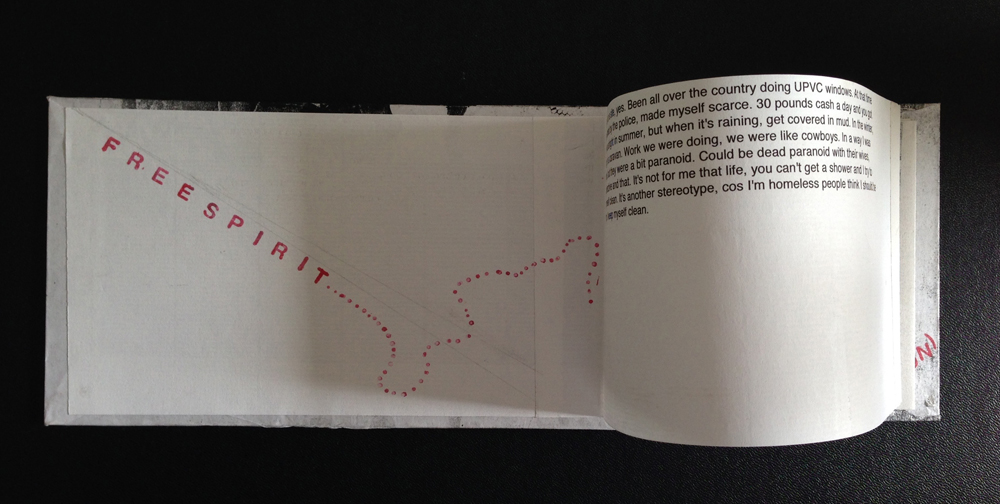 “Service users and staff have taken part in The Homeless Library, this has been an empowering experience for all involved and one that will live long in the memory. Providing homeless and disadvantaged people opportunities to get involved in creative experiences is very meaningful, it helps people raise their confidence and their ability to work positively around areas of their lives that present problems and barriers.  The Wellspring has been delighted to have worked with arthur+ on this project.”       Jonathan Billings, Manager of The Wellspring homeless resource centre 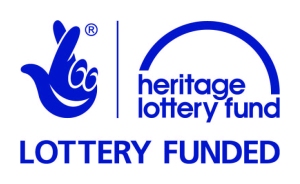